At the heart of The Stoddart Review is a conversation about the link between a well-designed workplace and productivity in the UK. But why is it important?

“A 1% productivity gain… would add almost £20 billion to our national output. Such an increase could reduce the annual government deficit by around £8 billion, add £250 a year to the average wage packet and increase annual profits across the country by almost £3.5 billion.”
Duncan Weldon, former economics correspondent of BBC Newsnight

And the evidence that the workplace could contribute to a rise in productivity is right in front of us. Only one in two employees agree their workplace helps them to be productive.

The gap between the lowest and highest performing workplace.

But The Stoddart Review found that businesses often tackle workplace productivity by making the workplace more efficient, not the people. Typically they carry out utilisation studies and look to increase workplace occupant density. These projects confuse spatial efficiency with productivity, according to our investigations.

Getting it right can deliver a dividend. Dr Nigel Oseland conducted a literature review of 200+ research studies on lighting, acoustics, temperature, ventilation, control, furniture and space and concluded that the workplace could deliver a productivity boost of between 1 and 3.5 per cent. 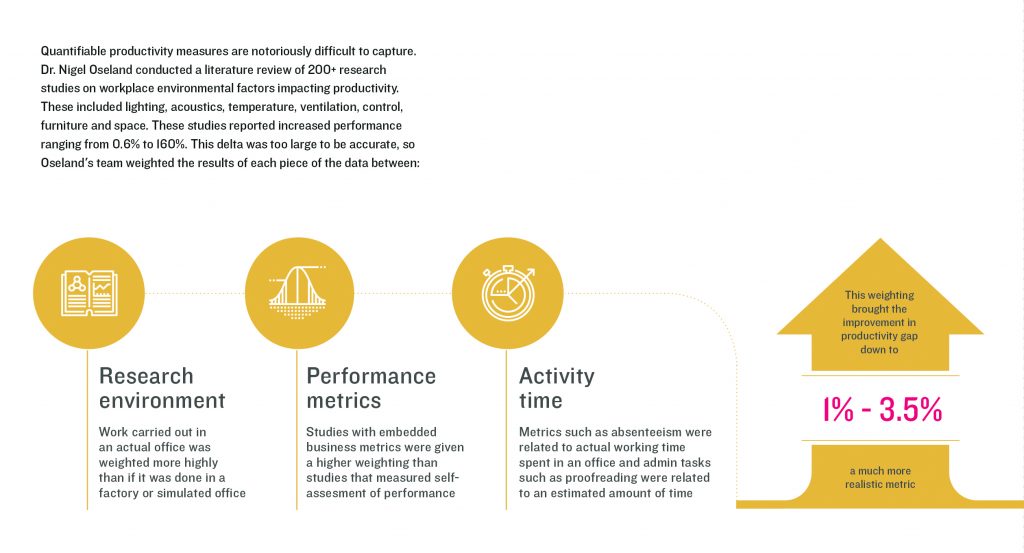 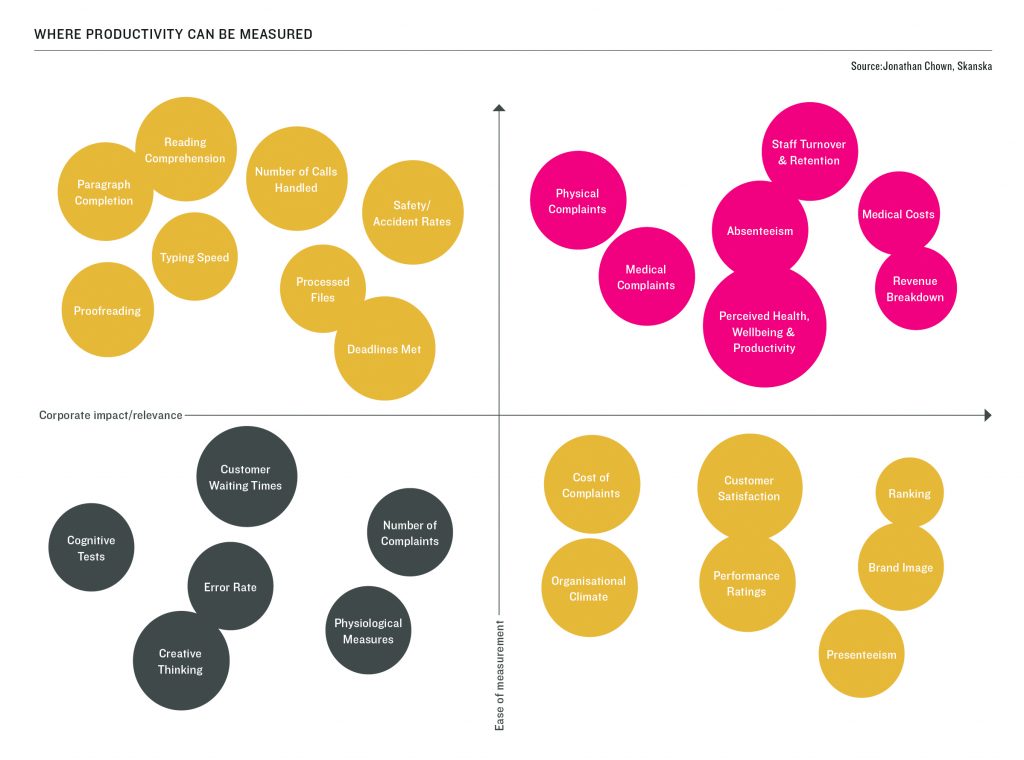 Taking together the work of Oseland and Duncan Weldon’s view of productivity, the office could be the key to an uptick of between £20 billion and £70 billion. And if 53% of our employees are telling us that workplace has a role to play, can we continue to ignore them?

Q: You appraise your people at least annually. How often do you appraise whether your workplace is fit for purpose?
DOWNLOAD THE REPORT
We use cookies to ensure that we give you the best experience on our website. If you continue to use this site we will assume that you are happy with it.Ok